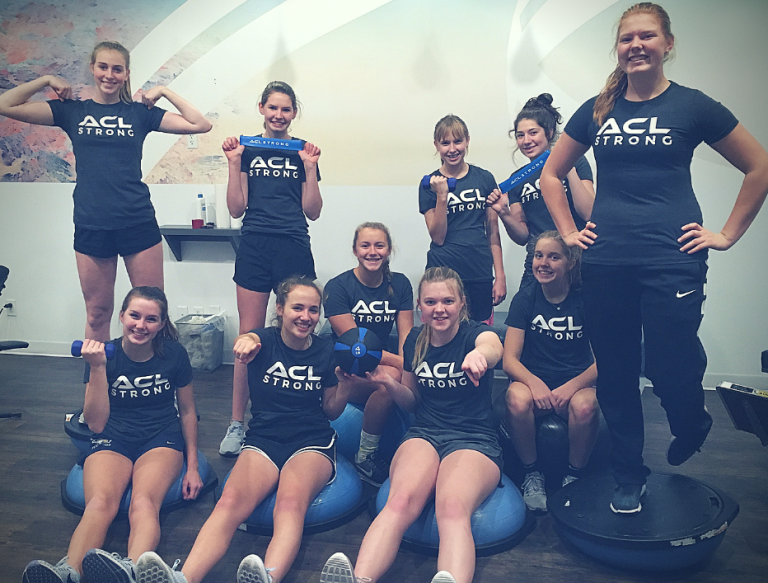 These teammates have seen too many athletes go out with a ruptured ACL (anterior cruciate ligament), so they are taking matters into their own hands to become “ACL Strong”.

Coaches and players are getting together and committing to do something more to protect themselves and prepare better for their season.  They want bulletproof knees, so they can focus on playing the game they love.

An injury to the anterior cruciate ligament can happen in an instant and will take a player out of the game for a year, where they often require surgery and extensive rehabilitation to work their way back to their sport.  Many never even get back to the same level of play, and 30% end up re-injured.  If they dreamt of competing at the college level, the opportunities may be fewer for even the most-skilled athlete.

The more you know about this injury, the more you don’t want anything to do with it.

Timing is key for a prevention program, so these basketball and soccer players have been getting together 1-3 times per week to go through a series of exercises that help them build strength and body control.  After 4-6 weeks, their risk of injury will be reduced by more than 50%!

The ACL Strong program that they are participating in is designed very strategically to advance them in various athletic areas.  Most participants love that the program tells them EXACTLY what to do, and that it changes every week.  They love that it is convenient and can accommodate even the busiest school and sports schedule.  And most of all, they have FUN and look forward to doing it!

Check out what a high school soccer coach from Sartell, MN said about the ACL Strong program after their 2018 season ended at the Championships.  He has been encouraging his players to participate in the course for consecutive years now.

“Our girls had an amazing season, nearly won a title, and played at an extremely high level. We also finished the season ACL strong! Another year with no knee injuries. In fact, I believe, the core strength, stability, balance, and technique we train through your ACL strong program has helped keep us almost completely injury free. Game after game, we watch players on opposing teams stand on the sidelines with crutches, knee braces, and boots, wishing they could still play. We are so grateful for this, our 4th consecutive season, without an ACL or other knee injury. Thanks for helping our athletes perform at their best and helping to keep them on the field and out of the doctor’s office. Thanks for all you do, looking forward to starting another season of ACL strong!”

Kudos to these coaches and athletes, who are taking an extra hour out of their week to become more resistant to hip, knee, and ankle injuries, especially those involving the ACL.  This could make the difference for them when it comes to protecting their future in sports.

And according to all of our participants, it’s worth it! 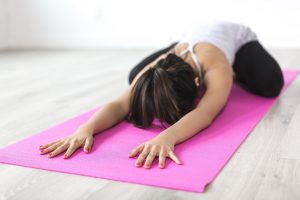 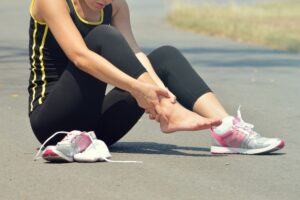 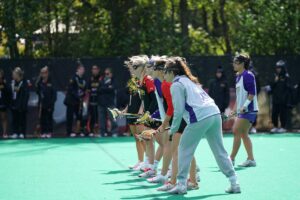 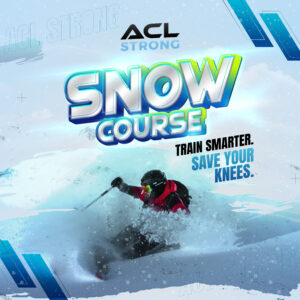 Snow-skiers, Snowboarders, and Outdoor Enthusiasts! Discover how to Train Smarter and Save Your Knees so you feel stronger, more balanced, and more resilient this season, without injuries getting in your way. Join thousands of ski and ride pros in the Most Trusted training program in the industry! Endorsed by PSIA-AASI, NSP, USCSA, and ski organizations around the world. 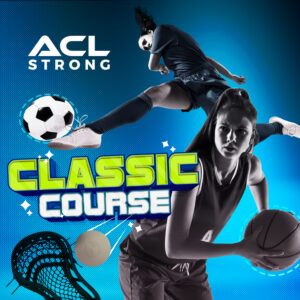 Athletes of all ages can perform at a higher level and avoid injuries by TRAINING SMARTER, like the pros. This course will guide you through the EXACT exercises we use with professional athletes to build strength, body control, and quickness. In one month, become more BULLETPROOF on the field or court and out-perform your opponents like never before!

You have already reported this .
Clear Clear All
Scroll to Top